Another journal wrecking week is coming to a close. (If you don't know what I'm talking about, see the links at the end of this post.)

As I'm sure my fellow wreckers can attest, some weeks are more inspired than others. Last week, not so much. This week, inspired!

My stepson has been playing with a box of balloons this week. Those long, skinny balloons that are meant for being shaped into animals or hats.

My husband, being a giant kid himself, had the idea to make a water balloon with one. It was meant to be some kind of fancy water cannon with which he could inflict torture on my stepson (or possibly me).

Fortunately for us his idea evolved. While standing at the sink alternately filling a balloon and twisting, he asked if he could smash his water balloon in my journal.

We flipped the book open to "scrub this page" and let loose.

I ended up with 67 photographs from what was probably two minutes of wreckage. Here are some of the highlights: 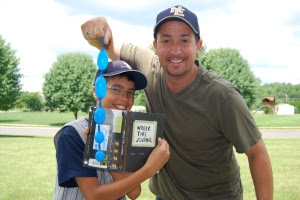 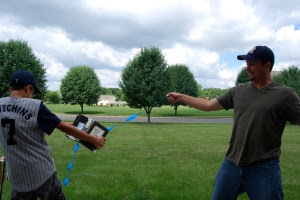 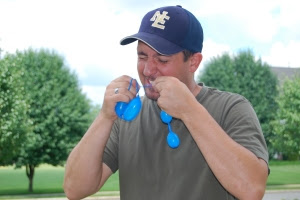 [caption id="attachment_888" align="aligncenter" width="300" caption="Why swing one balloon when you can wield nunchucks..."] 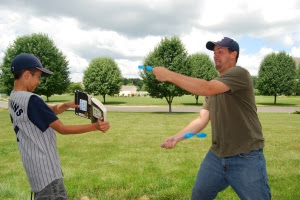 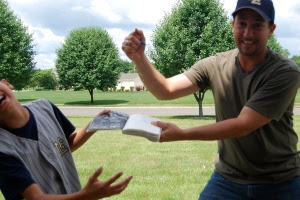 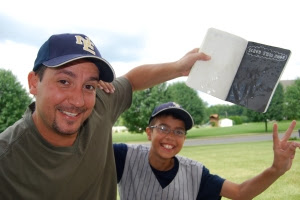 Yes, I and the camera both got wet.

Curious about what other wreckage transpired?