Last week hubby, stepson, and I whisked ourselves off on a last minute vacation. Booked only two weeks earlier, we spent part of our time away aboard a cruise to the Bahamas.

As luck would have it, we snagged the very last room with a balcony at a discounted last-minute rate. The view was spectacular. Between the three of us, we spent many hours out on the balcony.

Being out on the open water like that, you get the new perspective of an unspoiled view as far as you can see in any direction. There is absolutely nothing to disrupt the horizon. Imagine… a 180 degree view of nothing but ocean and sky.

One evening we were able to watch (and stay dry thanks to an overhang) as we approached, navigated through, then left a rain storm in our wake. It was fun to see the front half of the ship begin to bob atop a speckled, dancing ocean surface while we in the back of the ship continued smooth sailing on a glassy surface.

At other times, the sky gave quite a show of its own, marking clearly light vs. dark, like in this photo. Glorious! 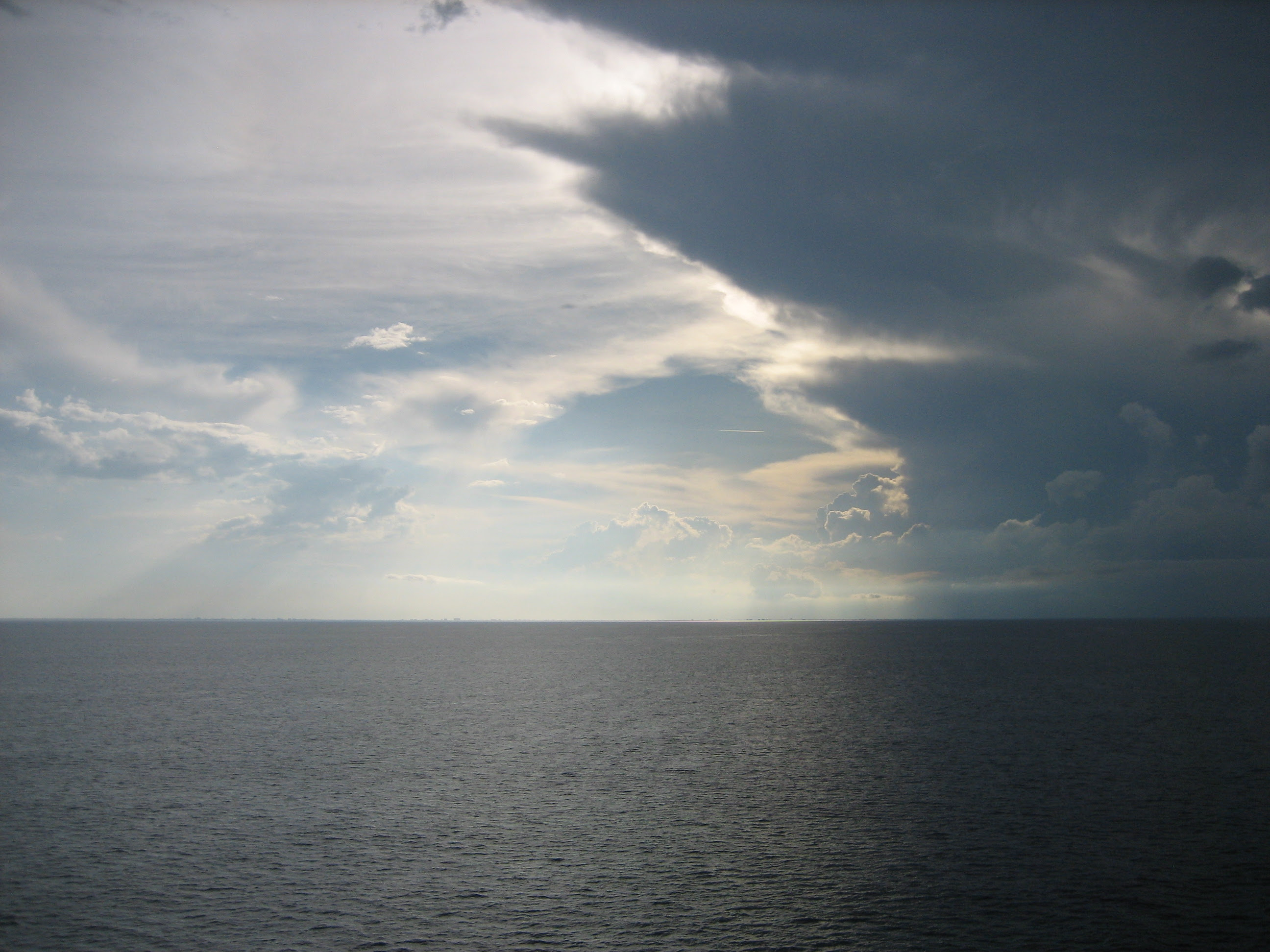